The Real Sound of Music

The role of a music reviewer in India is an intriguing one. By far one of the most specialised versions of culture criticism around the globe, music (and album) reviews are a different and far more rounded ballgame here.

In light of this perspective, we speak to Rohwit – BBC Hindi’s official music critic, formerly of TimeOut – an enthusiast and expert constantly on the lookout for new sounds and tunes. 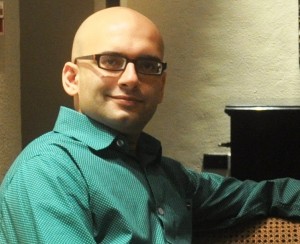 Given the song-and-dance Bollywood culture, you’d think music critics would be more popular in India. After all, where else do movies have music albums? But there aren’t too many, and if so, none very widely read…
A. The problem is, people don’t like to ‘read’ about music, because music has a smaller playtime compared to films – which demand 2-3 hours of your life. Not many people are interested to know what a particular film soundtrack is doing to further the cause of the film as a whole. There are music critics who write great insightful articles about music for their publishing houses. If social media numbers are anything to go by, they do seem popular.

Tell us a bit about reviewing music albums. Is it similar to film criticism? What do you look for in the music – technically, and in context of the film it belongs to?
A. Yes, it is similar to reviewing a film. You look for the kind of ‘sound’ an album has, and whether the sound agrees to the overall narrative. Example – a film set in a certain time period should echo music of that era as we know it – in terms of instruments used, lyrics and music arrangement. This is a good enough yardstick for films where the music is not just in the background but very vivid (meaning songs are ‘picturized’). For other films in which songs are used as background pieces, one has greater freedom. Take for example, the case of Detective Byomkesh Bakshy. It was set in 1920s, yet the genres which the album touched varied from techno thumri to death metal. Of course, none of this mattered because the songs were not ‘picturised’ and were purely planted to augment a particular scene or the general narrative, and appeal to the ‘it’ crowd of today. I would say it worked.

Do enthusiasts only write about music, or do you need better qualifications than that?
A. Everyone writes about music! I know of people who can tell you the raga in which the song is composed 20 seconds into a song. There are some reviewers who are excellent singers and have had formal training as well (and have a band also!) Talking about myself, I didn’t set out to review music. The explosion of websites which host user generated content touched me as well, and I just didn’t know what to write there except music – because nothing affects me like music.

What’s the process like, say, if a new movie is to be released soon. How does a music critic go about his/her work?
A. The music has to mirror the feel of the film. That doesn’t mean one has to wait for the film to release and then review the music. You get to know about the film from the teaser and whatever the maker systematically ‘leaks’ about the film. The choice of singers vis-a-vis the songs they sing is an equally important factor to consider. I know of songs that had to be re-done because makers wanted the ‘present craze’ to sing those songs as opposed to the one who sang it at the first place. There are other things as well – including the musical instruments and sound engineering etc.

How long have you been doing this, and do you think it is financially viable?
A. I have been doing music reviews since late 2008. If you are asking about when the ‘money’ started coming in, it was much later and it isn’t much either. I don’t think it is financially viable right now, but hopefully soon it will be. With people producing content for the web as extensively as they are presently, it’s only a matter of time when the review scene becomes a viable independent financial option.

What do you think about the current crop of composers and lyricists in mainstream Hindi cinema? Who are your bets?
A. Since we are talking only about film music here, I will restrict the reply accordingly. The best part of the Bollywood music scene is that these days everyone wants a new sound, and for that they will either import music from neighbouring countries or would actually search for good music. There are many good people out there. Sneha Khanwalkar, Ram Sampath, Sachin Jigar, Anupam roy, Ajay-Atul come to mind instantly as people who I would trust with music.

There’s a whole lot of economics – an entire industry of sorts – associated with playback songs and movie albums. How influential are music critics to the fate of this business?
A. For this to happen, the music review scene has got to evolve into something bigger than what it is right now. I don’t see constructive music criticism influencing the playback or fate of music albums for a long time.

Other than the technicalities of music, obviously it also requires an understanding of words, lyrics and poetry. Is it a more specialised version of culture criticism than films?
A. I would say it is. If you simply look at the kind of wordplay that existed when we were growing up in 1990s (recovering from golden-shower period of film music  in the 1980s) and compare it to the kind of lyrics we are coming across today, it will give you a good peek into the way we, as a society, consume music, and what language we are speaking today. There is a great demand and effort being put to be subtle and charming, old world style. Of course, there is that bane – the item song – which existed in both eras. Whatever subtlety we get in lyrics these days is routinely offset by the horrific visuals of these songs on screen.

Clearly, the industry needs more informed opinions and better journalism. What would your advice be to aspiring music journalists?
A. I am way too young to impart any advise. Learning from the way film criticism is being done in our country, I guess the rule remains the same for music as well. Be honest and don’t spare anyone if they take the listeners for granted. Keep looking around yourself. You have armies of filmmakers’ ‘camps’ who would destroy you in forums if you as much as think against their favourite filmmaker or music composer. Don’t be scared of them. It is fine if they don’t love you. They don’t have to love you. Alternatively, you have people who would like to be friends with makers/musicians so that they get an ‘exclusive’ for their blog posts or may be some other favour. So they would always write favorable music reviews. They lose respect of the listeners – because how far can you argue about something which is fundamentally bad? Lastly, even if 1 person follows your review, keep asking them if you are falling in the pit of predictability or bias, and improve. Keep evolving.

Do you get contacted by aspiring artists? What’s the indie scene like?
A. Yes, at times, and I have had the privilege to interact with some of them before their music made way for public consumption. The indie scene is far more vibrant than the film music scene generally. Amongst them, there is also a tribe that doesn’t have Bollywood dreams in their eyes. They are happy making music for their audience, because reaching out to ears is easier now than it was earlier – when music was just Bollywood. Indie is always threatened by vast reach (read – prospect of making money) of Bollywood films, but some artists continue to fight their battles and inshallah, they will make way to your playlist soon.

(You can read and listen to Rohwit’s reviews here)