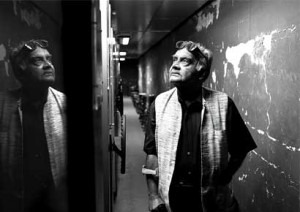 Actor Naseeruddin Shah provides a dose of humour in this rather grim, although inspiring documentary about film archivist PK Nair. Naseer talks about his time as an acting student at Pune’s Film and Television Institute of India (FTII) in the early ‘70s. He used to be surrounded by people who wanted to change the world of cinema if not the face of the world itself.

He says however, what principally attracted most of his fellow students to Nair’s film screenings were his Sunday early morning shows.
This is when the archivist would inspect deleted, salacious, cheesy clips supplied by the Censor Board to be preserved at the National Film Archives of India (NFAI). Nair founded the NFAI and remained its chief until 1991 when he retired from government service.

Naseer also thoroughly envied the old man Nair for having the best job in the world. Which was to sit all day and night, with a torch and a notepad, and watch movies in a dark empty hall.

Director Ketan Mehta once stole into Nair’s office room to check on his notes. He was stunned by the amount of information that Nair had jotted down in those notepads’ pages—about which film or which reel was acting up at exactly what point that needed to be restored immediately.

Indian cinema celebrated its centenary in 2013, the same year that Shivendra Singh’s documentary Celluloid Man aptly opened in Indian theatres. What is Nair’s contribution to the history of Indian films? Quite simply, he’s the reason we have any history left at all. If there are no surviving films, there cannot be much of a film history to speak of. Outside of a select fraternity, nobody would’ve known about Nair either, if it weren’t for this touching doc.

Hundred years isn’t a long time in history. And yet if Indian movies were merged into a historical text or a singular book of record, you’ll realise that almost all of its early pages would consist of totally blank sheets. They would reveal only a history of astounding neglect. Where film after film – silents, shorts, features, even the first Indian movie Raja Harishchandra that we were celebrating with 100 years of Indian cinema anyway – don’t exist. They were destroyed and rubbished into the black hole of time forever. 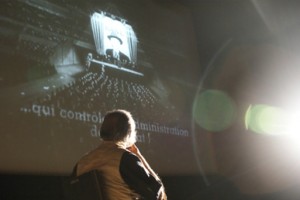 There are quite a few reasons for this. One of course is that those films’ prints were made of silver nitrate, a highly combustible substance that would catch fire quite easily. They needed to be preserved in controlled temperatures. ‘Safety prints’ came into the picture only as late as the 1970s.

Also, precious silver being an ingredient of film prints made sure that a lot of those prints eventually found their way into local jewelry stores rather than archives or museums. As did reels of India’s first talkie, Ardeshir Irani’s Alam Ara. Or so Irani’s good-for-nothing son Sapoorji had confessed to Nair. On their own, those prints could have been worth their weight in gold. But nobody really thought of cinema as art or heritage during those days. They probably still don’t. They only saw them as movies: a momentary, reproducible, recyclable form of entertainment to be instantly consumed and dispensed with.

Given the general historical apathy, you’d imagine Nair to be a disillusioned man as India’s only genuine film archivist, even if it was a job he could’ve given his right arm for. His entire life seems to be centred on love for film. He wished to be a filmmaker. Finding and preserving old prints gave him his life’s mission instead.

In Shivendra Singh’s painstakingly documented feature, Nair comes across as a heroic midnight cowboy on the hunt for McKenna’s gold, working his phone, locating various contacts, tracing evidences and clues, sniffing and locating lost or abandoned Indian film prints all the way from Bhusawal to Bangkok. He is also a bit of a Robinhood kinda figure, stealing and making unauthorised copies of international classics so they can find permanent residence among poor, hungry aficionados in India.

Celluloid Man gives you fair glimpse of his stolen fruits as you take a peep into movies sourced from Nair’s NFAI collection that you’ve otherwise always heard of, but never seen. A rare gem would be Jean Renoir’s The River, a 1951 film where Satyajit Ray had worked as an assistant director. Filmmaker Basu Chatterjee had helped locate and preserve that print. You sight Franz Osten’s Achyut Kanya (1936), Bombay Talkies’ Ashok Kumar starrer, that explores the position of the Dalit woman in Indian society. And then there’s the classic pram scene from Sergei Eisenstein’s The Battleship Potemkin (1925).

What could be the impact of Nair’s selfless mission? Immeasurable, if you see it in the context of the FTII, the film school campus where he started the Film Archives. The alumni of this institute pioneered the ‘70s/’80s art-house movement in Indian films with directors like Adoor Gopalakrishnan, Shaji Karun, Girish Kasaravalli, Saeed Akhtar Mirza, Kumar Shahani….these were filmmakers hugely inspired by masters of European and world cinema: Fellini, Tarkovsky, Antonioni and the lot. Nair made these films available to aspiring directors, offering them prints to study closely. If there wasn’t a dogged evangelist like Nair, I suspect, there would have been no Indian New Wave. The fact that this art film culture didn’t spread across India is an outcome of poor distribution alone.

In an adorable sequence in this documentary, Singh travels to a remote, obscure village called Heggodu in Karnataka where he interviews locals, all of whom count among their favourites, movies like Kurosawa’s Roshomon, Ray’s Pather Panchali, De Sica’s Bicycle Thieves, Enrico’s An Occurrence At Owl Creek Bridge… During the day these villagers work as areca nut farmers or community school peons. They accessed cinema thanks to a village film festival programmed with Nair’s help.

This is what one person who takes his government job seriously can achieve in a single lifetime. As Nair himself admits, one lifetime is too short for the task at hand and one dedicated person isn’t enough. In a pithy, moving moment in this film, Singh marvelously inter-cuts a scene of a woman crying from Ritwik Ghatak’s Meghe Dhaka Tara – “I want to live, I want to live” – with images of film prints currently lying in despair in the vaults of the NFAI. The only time I visited these vaults in Pune, not even the air conditioner – the most important component to preserve prints – was working. Fire broke out in the NFAI in 2003. Whatever little remained of Alam Ara also went with it.

No one can guarantee that Nair’s successors at the Film Archives would be blessed with the same sense of care for cinema or heritage. But you could set an example, inspire others, by honouring his commitment. Gulzar argues in the film that Nair should be handed the Dada Saheb Phalke award – India’s highest cinema honour – if for nothing else but for having preserved Phalke as a filmmaker himself (There are a few reels of Raja Harishchandra left, which Nair found and restored; Kalia Mardan is the only Phalke film that is still completely intact).

The government refused Gulzar’s suggestion for thus honouring Nair in 2013 (although they justly presented the award to Gulzar himself in 2014). They would much rather reward the greats posthumously (Rajesh Khanna, Yash Chopra), or when the artistes are too old to even pick up the prize (Pran). The state’s logic for not considering Nair was that he was after all a public servant and therefore only doing his job.

Forget decorating the old man, the NFAI itself for months refused Singh permission to shoot his documentary on their campus.
Nair has several times in the past made his displeasure known about the way the Pune Film Archives was run and managed after he left the place that he had personally built, brick by brick. At least this documentary ensures that he can be publicly admired, and can remain in memory forever.

His work can be watched on screen. It is only fair for a man who tried to do the same for others’ works.

Mayank Shekhar is one of India’s most popular film critics, and has worked with publications like Mumbai Mirror, HT and Dainik Bhaskar over the years.