Film Review: Margarita, with a Straw 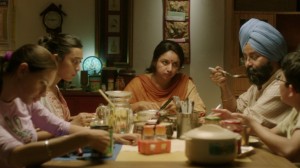 Indian filmmakers tend to make cinematic heavy-handed spectacles out of physical/mental disabilities and depression. While this may sound like the entire filmography of Mr. Bhansali, it is an overall societal view of such conditions that forces directors to create pockets of lush escapism amidst darkness that should not be escaped.
It must be confronted, and perhaps not always with chest-beating drama, which is why Margarita, With a Straw—a film that chronicles a challenging and complex phase in the life of a girl with cerebral palsy (Kalki)—is a soul-sucking breath of freshness.
This is a film that attempts to make us comfortable with the viewing and experience of disability, by exposing us to its protagonist’s most monotonous and private moments.
I’ve often wondered how movie characters, even superheroes, deal with the most natural of life’s necessities; have we ever seen them taking a leak, eating, thinking, wiping or masturbating?
Miss Bose constructs an entire arc out of such silent routines, and intends for these mundane sequences to look matter-of-fact enough for viewers to wonder if the editing is off.

The adventures of Laila are shot with unrelenting intimacy; evident from the choice of a more centered 1.85:1 aspect ratio, and journeyman score that invokes the trials of a dysfunctional family—not because they’re weird, but because they don’t have a choice. There’s compromise all around, and not all of it is gloomy—the Little-Miss-Sunshine-style family van, Laila’s wheelchair shenanigans, her creativity, evocative writing, infatuations; and possibly a matriarchal family with the world’s most devastating luck, but with a life-goes-on resolve symbolised by the Sikh father’s (Kuljeet Singh) sweet and passive face.

But the filmmakers dig deeper, bloodier and harder, hell-bent to prove that a sexual awakening, even in the face of despondency, disease and all-round gloom, remains an Indian mother’s worst nightmare.

Laila’s porn fixation, her struggles to understand sensual pleasure, and her ‘experimental’ phase is punctuated by an excitable first-touch affair with a blind Pakistani activist (Gupta; oozes confidence).
This overdose of disability tends to wear the viewer down, but the filmmaker casts a very non-theatrical eye on proceedings.
She concentrates more on the independence of this companionship, away from home and all the unsparing glances. The actors share brave chemistry here—where they choose to believe that they’re not misfits gravitating towards one another, but actual lovers in a regular world.
To put it crudely, they’re disabled lesbians from rival countries; and it’s quite a testament to Miss Bose’s stylistic language and storytelling that this brave film finds a medium for discussion in mainstream forums. Without blinking an eyelid, too.
Why America must always be this land of sexual revolution is beyond me, but apparently the liberal Manhattan landscape affords everyone an opportunity to find the right buttons, no pun intended.

There are parts however that seem less character-driven and more by machinations of a conflict-heavy movie plot. Laila’s curious interactions with a blue-eyed British student in NYU look too scheduled. Revathi is remarkable as the mother, but her reaction to Laila’s bisexual revelations seems a bit exaggerated.
I’d imagine she would be desensitized and less myopic after years of intense caretaking; her own disease only weighs down on what is already an overbearing plate of troubles.

But it’s Miss Koechlin’s impassioned portrayal of Laila that—despite a corny film-school cliché climax—gives this film a beating heart.
We’re not meant to escape her littlest expressions, thoughts, triumphs, rejections, labored movements and, most of all, her intelligent inescapable eyes.
She gives a fine, fine performance, one that feeds off the extreme close-ups and lens-intimacy, one that thrives on routines and methods, while exuding awareness of an uninterrupted, intense stage act.

Charming title aside, Margarita, with a Straw—though a crushing and demanding experience—deserves to be watched for her.
It’s a difficult film to watch, not because of the disabilities it tries to deal with, but because of the abilities of its vastly intelligent and afflicted characters to recognise the concept of ‘normalcy’.