Chatting with Melissa Leo about narrating “The Only Real Game”

IIF was privileged to have the chance to interview Academy Award winning actress Melissa Leo. She was most recently acclaimed for her award winning performance in “The Fighter” as Alice Ward, as well as roles in “Flight” (as Ellen Block), “Oblivion” (as Sally), and “Olympus Has Fallen” (as Ruth McMillan). Her relationship with Mirra Bank, director of “The Only Real Game”, has led to her narrating the film. Check out our interview below! 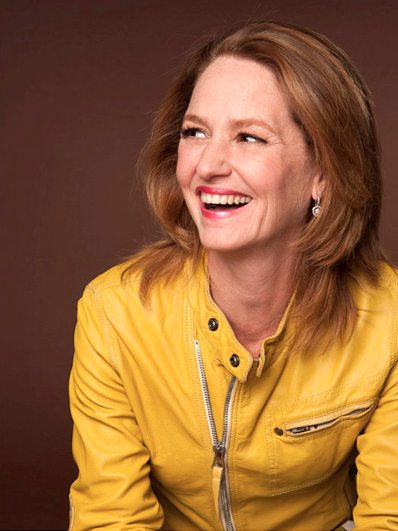 India Independent Films: Thank you very much for taking some time to speak with us today. It’s a special opportunity for us to be able to work with someone as renowned as yourself! Tell us a little bit about the movie, The Only Real game, directed by Mirra. Just a Birdseye view of what the film’s about.

Melissa Leo: A bird’s eye view is about all I can give you because today at 4 o’ clock is when I’ll see the film for the first time! Even when I narrated it, I didn’t see it all the way through. We only had a small amount of time one day to lay down the narration and so we just skipped our way through the film, it’s not heavy on narration. I think that the people in the story tell the story and the image is like a good documentary, you don’t want too much voiceover or you haven’t really got your film. And what I’ve seen of it, a totally beautiful film with this lighthearted, delightful premise that there in the midst of India I don’t think there’s a single other place where baseball is played except in this really bereft and broken area of Manipur. So baseball is a segue in, started by American servicemen during the second world war who taught a few Indian kids how to play, and a lot of women actually have kept alive the playing of the baseball because, same as here, it’s a good way to keep the kids out of the street and out of trouble and also it’s a team sport. You can’t play baseball by yourself. You have to have a certain amount of people to run and catch the ball and throw it and it’s a beautiful game. The way that it is, it takes everyone on the team and everyone has a specific thing they’re meant to do and it’s something they really excel at whether it’s catching or throwing whatever it might be. You can excel in your own pocket. It’s a very beautiful game, but again, it’s a foreground for a very serious and dire story that’s going on and little heard. I think in India, and certainly around the world, here in the united states for sure, the kind of repression that’s going on in Manipur and the isolation that the people there are experiencing and so hopefully there’s some way that a film like this, maybe, just, for a very small drop in a bucket but if you can make one more drop in the bucket you create a ripple and something can shift, something can change.

IIF: And I’m sure that the motive of the making of the film will certainly direct it towards that and will have a great impact on that story. How did you get involved in this project in particular?

ML: Simply because I’ve known Mirra Banks for several years and really always enjoy each other, we know each other primarily from the actors’ studio here in New York City. She works for the playwright directors unit and I’m an actor member for many, many years. And we’ve always just really enjoyed and respected one another. She had gotten the film almost put together and found she did need a bit of narration and [asked] would I do it for her and I leapt at the chance. I knew that the product would be something that would have both entertainment and higher value than that.

IIF: And it seems like from the brief description you gave us that you’re aware of what’s going on in that area of the world.

ML: Well, I mostly found out from her and I find it quite interesting because I don’t really attach myself to any one difficulty in the world. I am quite fascinated in this particular moment with situations that I’ve heard about in Mozambique, and now in Manipur, and I know a friend down in Central America in El Salvador. Here are the three disparate places that never would, and the stories are the same. It’s an over-militarized regime that is oppressing the strength and body of a nation.

IIF: Have you ever travelled to India before?

ML: No! I came this close to working several years ago in Karachi with a very famous Indian movie star Shabana Azmi. I played in a BBC film that we shot in Karachi. A long, long time ago, it’s the closest I’ve gotten yet. My mother has travelled a lot and it’s always been a dream and a hidden agenda of agreeing to do the film with [Mirra], maybe I’ll get at trip over to India and get to see it with my own eyes!

IIF: In working with Mirra to do this narration, and the things that you’ve learned, how did the components of the film and what you learned about the culture change your preconception of what India was and what the culture was like there?

ML: I walk in a funny path, but basically to answer your question, the thing that it comes down to is that anywhere you go in the world, you have these incredible human beings, and human beings’ needs and wants and desires and hopes and dreams are never so far apart as the miles that separate us and the cultures in which we live. Cultures inform us, but we all want for our world to be better for our children than it was for us, so really, for me the surprises are in yet once again finding this far off place that I’ve never been to but hope to travel to one day [where] there are human beings that are joying in the same way we do and suffering in the same way we do. I think rather than say “Oh, this is the worst problem here”, to recognize that we have problems as bad here in the US as anything going on anywhere else in the world and the notion that in the US everyone lives in the lap of luxury is not true and we’re all much, much closer together here on our blessed Mother Earth.

IIF: You mentioned a little earlier the involvement of the girls over in Manipur in this communal pastime, and in that part of the world they haven’t really experienced that progressive nature of female equality that some of the westernized countries have. When you learned about that element of the story, and yourself being an accomplished female in a more progressive culture, what was your response to learning about that?

ML: I think it’s not surprising. I think that very often within families, within countries or governments, very often, and not only or exclusively, but very often it’s the women and the young women, who suffer the most. The ability for militaristic types to come and usurp, it’s traditionally a rape and pillage of women, that’s the way to conquer them. So the women being so often the target wherever you are in the world and with so little to fight back with, it’s bound to happen. Whether the influence is from outside or it comes from within, womankind will rise up against the oppression and hopefully the insightful men will join the uprising! And while it’s true that it seems like a very masculine structure of government and the military, I’m sure the same as when you get into American homes and when you get into Indian homes, who’s really running it is mommy!

IIF: I can attest to that at least a little bit! What has your foray into the independent film industry been so far in your career?

ML: Well, it’s not a foray into, indie film is really where my career has been based in large part beginning in independents that were truly independent of studio, independent in financing. Nowadays it’s so typical that even a big studio has an independent wing and makes independent films, so it’s a kind of loose term. And again, rather than seeing the lines and boundaries between the high budget films and the independent films, and independent of thought, for me, it’s all just work. I’m happy to do it, there’s advantages and disadvantages on either end of the financial spectrum when you’re making a movie. Sometimes you have too much money and you waste too much time and energy, and resources. Sometimes you don’t have enough money and you just can’t get your film made.

IIF: Had you worked with Mirra before with your longstanding relationship?

ML: I hadn’t worked with her per se before this but as I said, through the actors’ studio, we’ve been in many of the same rooms over the years for different reasons.

IIF: What was it like working with Mirra and her team on this project?

ML: It’s delightful! She knows her subject so well, of course with any documentary there’s hours more film that’s been shot. By the time I joined them, they had worked arduously to cut those hours of film in to a watchable, nice 90 minute or so film. So by the time I’m joining her in the looping stage to record the narration, she just knows so clearly. She even hears the narration somewhere in the back of her head and how heavily she wants me to hit it. There’s some pretty, not horrific, but sad human tales to be told within the film and sometimes I would say it too emotionally and she would say “Oh no, no, no. I think that the image and the story is enough, if you can hit it a little lighter, then it’s easier.” She’s a very, very good director. It’s not the same thing as directing on a stage where you’re doing the blocking and things like that but there’s a lot of direction involved in narration as well. She was a wonderful guide.

IIF: It sounds like you had a very good experience.

ML: I did, and I’m really thrilled be here at this festival now!

IIF: And I have to ask, being as you’re a fairly productive person, what are you working on and what can we look forward to?

ML: Well right now there’s two films. “Flight” has just made its circuit around and “Oblivion” with Tom Cruise and Andrea Riseborough is making its way around the world as we speak, as is “Olympus Has Fallen” with Gerard Butler and Aaron Eckhart so I have small parts in both of those. In the fall, there will be another flurry of work coming out. We have a short fourth season of “Treme”, which I believe HBO is showing in the fall. I will appear twice as robin William’s wife. Once as his Mamie Eisenhower to his Ike Eisenhower in Lee Daniels’ “The Bulter” which is coming this fall and I also play his wife in a funny little film Phil Robinson directed called “The Angriest Man in Brooklyn”. I like to keep busy!

IIF: Thank you so much for talking to us today. We’re very much looking forward to the premier at 4 o’ clock and I’m sure we’ll get some good responses from it. Talk to you after the film!

ML: Thank you so much!