“Miss Lovely” (directed by Ashim Ahluwalia) is not a film for everyone. Honestly, I’m still not sure if it’s the film for me. It was the opening night movie at the South Asian International Film Festival this year and I’ve spent a considerable amount of time thinking about the picture. 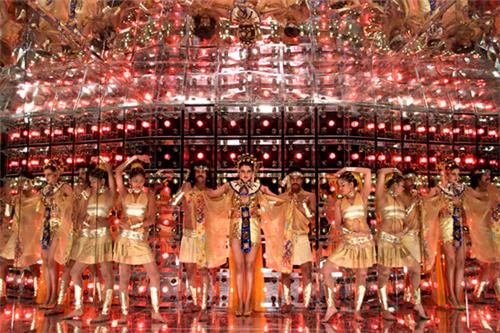 I certainly admire Ahluwalia for making this film the way he did. The plot could have easily steered towards the route of a typical cheap crime thriller. Instead we get something that’s a cross between “Boogie Nights” and “Michael Clayton.” What’s wrong with that? Nothing at all in theory. But something got lost in translation onscreen. I’m all for slow and thought-provoking movies but “Miss Lovely” loses the viewer with such drawn-out silent scenes in the first half. Thankfully, the second half is a welcome change of pace as Ahluwalia explores what happens when a well-intentioned, naive man gets in over his head in a world he never really wanted to be a part of in the first place.

If there is one flawless aspect of “Miss Lovley”, it’s the performances. Siddiqui is fantastic as Sonu. His performance is subtle, nuanced and heart-breaking. There is a realization for the character at the end of the film and the look in his eyes is all encompassing. Rarely has an actor said so much without opening his mouth. George as Vicky is also perfect as the dirt-bag, selfish, status hungry older brother. The pair play off each other very well. The weight of film is held by their performances and their story is what keeps the audience engaged.

Ahluwalia has a unique style here. The pace of the film needs work but there are scenes that make it all worth it. The cinematography and look of the movie is fantastic. The colorful set pieces from the world of B-Grade sleaze juxtaposed with the dreary reality behind the scenes really set the tone for the story. Coming from the world of documentaries, he’s made an admirable transition with this picture. It’s a solid, if uneven, debut for a feature narrative.