If ever there was evidence of Indian independent films making waves on a global scale, it’s at this year’s Toronto International Film Festival (TIFF). There are 10 films from India showing at the Canadian festival and all of them are getting some great recognition. In fact, Mumbai has been selected as the showcase in this year’s City to City Program. 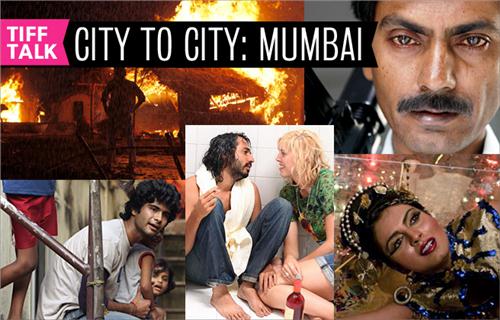 The Huffington Post highlights the importance of the program and the films being presented:

This is the fourth edition of the Festival’s City to City program, which has featured a different international filmmaking locale every year. The past three years have brought works from Tel Aviv, Istanbul and Buenos Aires, but this year the festival has chosen India’s most populous city as its global focal point. Mumbai, or Bollywood, has long been known as the center of the Hindu movie industry, but its entertainment landscape has lately been undergoing a transformation. “The rise of independent cinema has shifted the terrain, probing into previously taboo subjects and adopted styles that were earlier unpalatable to the Indian audience,” said Cameron Bailey, Artistic Director of the Festival in the press release today. “Mumbai’s film industry is going through a significant change and a strong group of new filmmakers has emerged.”

Many of the films featured in the City to City program do confront taboo themes of violence, political dissatisfaction, and sexual exploitation. Filmmaker Anurag Kashyap’s “Gangs of Wasseypur” depicts the historical role of criminal clans in India while Hansal Mehta’s “Shahid” addresses human rights abuses related to Muslim minorities living in the country. Features like “Mumbai’s King,” by Manjeet Singh and “Peddlers,” by Vasan Bala, similarly portray the poverty and illegal underground activity of Mumbai’s streets. For most of the Indian filmmakers participating in the festival, the screening of their works marks the first time the films will be screened in North America, and for some, the world.

Cameron Bailey, TIFF’s Artisic Director, seems to understand the growth of quality filmmaking in Mumbai better than most. In an interview with Nandita Dutta for Dear Cinema, he discusses his love for the Indian film industry:

What excites you about Mumbai as a city and the films that emerge out of it?

Mumbai has more movie-mad people than anywhere in the world. From the time I land at the airport to the time I leave, I encounter countless people who want to talk about their favourite films, their favourite stars and the gossip around both. People love movies in Mumbai, so on that level it feels like home.

Why did you choose Mumbai for this year’s City to City Programme?

This is Mumbai’s time. There’s a new generation of filmmakers in that city who are reinventing Indian cinema and taking it to the world. Anurag Kashyap, Dibakar Banerjee and others are giving new life to familiar genres, making them edgier and more naturalistic. New directors like Anand Gandhi with Ship of Theseus, Manjeet Singh with Mumbai’s King and Mohit Takalkar with The Bright Day are using the latest techniques in world cinema to tell stories that are both deeply personal and deeply Indian.

Unlike European festivals, you have always favoured Bollywood. What are your views on the indigenous film industry?

Unlike the big European festivals, we’re interested in popular cinema as well as art house films. We don’t like to wait until comedies, musicals, actions films and other popular genres are decades old before we give them their due. That’s where Bollywood fits in, as well as Tollywood, etc.: there are great artists working within commercial cinema in India. We think those films, when they’re good, deserve both respect and celebration.

Do you think that Bollywood has also undergone change with time? What changes do you notice?

Bollywood always changes with time. I was intrigued to see Ishaqzaade this year because it shows one of the India’s biggest film banners responding to the grittier feel of Mumbai’s new independent films. Yash Raj is known for glossy entertainments. If they can absorb the influence of the new, indie wave represented by filmmakers like Dibakar Banerjee and Anurag Kashyap, then it shows how dynamic the industry can be. It’s also a great sign of the evolving audience in India. Their tastes will change along with changing styles and subjects in the movies.

What is it about Indian cinema that differentiates it from the world?

Variety, intensity, beauty and change. No other nation has those qualities to the degree that India does.

Who are the Indian actors you appreciate?

The Toronto International Film Festival will run through Sept. 16. Stay tuned to IIF for all the interesting news and tidbits from the floor.